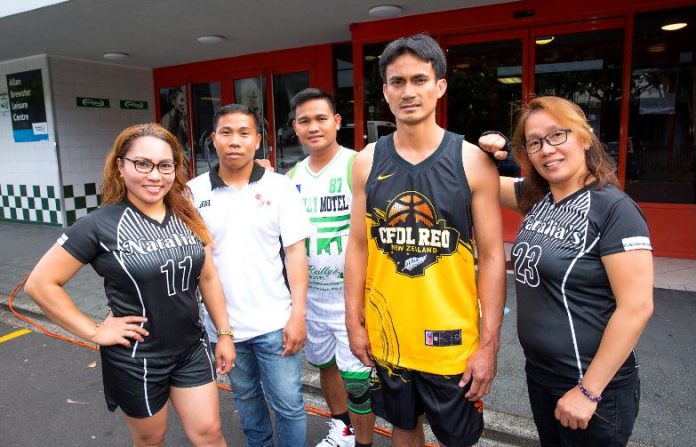 Nunuk Nuraini, the woman behind Indomie’s iconic flavors, dies at 59

AUCKLAND – We are all Ambassadors of our country by the way we show the values of Filipinos through work, studies and sports.
Thus, this year’s new sporting event organised by the Good Heart NZPH Foundation Inc. with the full support of the Philippine Embassy, was officially launched on 7th March at the Alan Brewster Leisure Centre in Papatoetoe, Auckland.

The overall coordinator is Edgar Calapati, a founder member of the Foundation and the tournament mentor is Eddie Katigbak.

The Event kicked off with the rousing song ‘We Are The World’, ushering in the parade of the different participating teams in their respective uniforms.

This was fitting marching music to symbolise ‘Unity through Sports’ among the growing Filipino population in New Zealand.

The areas being represented at the tournament are: Auckland, Waikato, Whangarei, Tauranga, Taupo and the South Island.

The total number of teams competing are as follows:
Basketball – 24, Volleyball – 12 and Badminton – 4.

All the games will be on a single round robin format.

According to Edgar Calapati, most of the players are work visa holders from varied lines of work.

In his opening address, Ambassador Gary Domingo clarified that these games do not in any way compete with other leagues in New Zealand.

He emphasized that Cup players and participants will need to undergo the PAOS (Post Arrival Orientation Seminar) to be conducted by the Embassy, Philippine Overseas Labour Office (POLO), NZ Government and NGO representatives.

The PAOS will cover workers’ rights, PHL-NZ Labour Law, Insurance and Wills etc. Participants will then qualify to be ‘Volunteer Ambassadors’ or #VAMBAs for Workers’ Rights, Welfare and Empowerment.

Moving forward, Ambassador Domingo is hopeful that the best players in the games will form the nucleus of the PHL-NZ Team that will compete with Filipino-Australian teams.